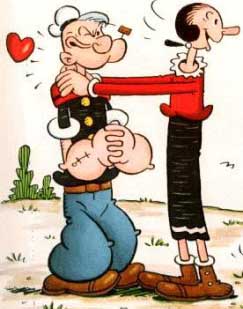 It happens every time you see that special person, isn’t it? You freeze, your eyes open wide and you start hearing a mystical rhythm roaring from your chest to the rest of your body, a beat that shouts that you are more alive than ever. Your heart may also jump due to anxiety, or stop due to a sudden shock. And when the final day finally arrives, it will be your heart the one who will tell everyone that you are not with them anymore, with its rotund and solemn silence. While a good portion of the living things do not have a proper heart, is undeniable that heartbeats are, for us humans, the universal sound of love, thrill, fear, health and life. Your heart may also break if you love the wrong person, in the wrong place, or in the wrong moment. Metaphors aside, broken hearts are one of the most important causes of death and chronic disability across the world.

The rhythmic nature of the heart is important for its function. As a pump, it is expected to sustain a steady flux of nutritive and oxygenated blood across all the body, adapting its activity to the global metabolic demand. And it must do it without ruining the tempo or taking a break. At short term, it is sufficient to regulate the conductivity of the membrane ion channels to increase the beat frequency in case of a crisis. This kind of response can be highly stressful for the whole organism, raising all the body alarms. But crisis stop being crisis if they happen very often, and thus the heart may respond long term adapting to ignore lesser threats.

The zebrafish, Danio rerio, is widely used as a model organism to study vertebrate embryology, genetics and physiology. It can be easily kept and bred in simple commercial aquariums, and its generation time is of just three months, with each each female laying hundreds of eggs. Such reproductive cycle makes this little fish much more appealing for genetic studies than other popular vertebrate model organisms, such as mice or chickens. Furthermore, Its larvae are transparent, which implies that we can observe how their organs are formed without any kind of aggressive manipulation. This naturally implies that we can study their tiny fish hearts in order to understand much better how our owns, as they are made of the same material and must face the same problems. 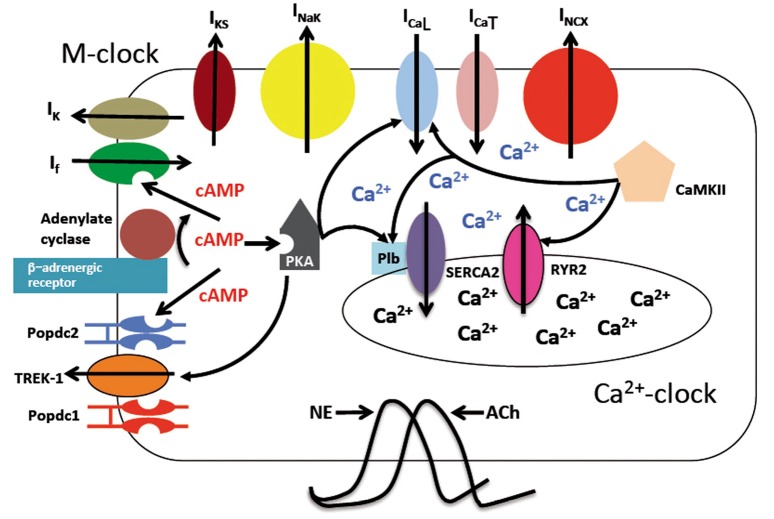 The Popeye domain-containing proteins (Popdc) are a transmembrane protein family with three members in vertebrates that are expressed in skeletal and cardiac muscle. Popdc1 and popdc2 mutants in zebrafish show congenit arrhythmia that increases in severity with age and exposition to stress, as well as heart and musculoskeletal malformations. The existence of three members of the family may explain the nonlethality of these phenotypes, in contrast with Drosophila, that only has one gene. Popdc proteins bind TREK-1, a potassium channel that reduces the electric excitability of the cell membrane, at least in neurons. In the heart, it is believed to act as a stretching sensor. Cav3, a protein involved in the formation of caveolae, a type of membrane lipidic domain, is also known to interact directly with Popdc proteins. Caveolae are often associated to mechanosensitive proteins, which further reinforces the hypothetical role of TREK-1 as an stretching sensor. Finally,  Popdc proteins are also known to bind to cyclic AMP, suggesting that Ca2+ may play an important role in the signaling of these proteins. The picture on the left depicts an schematic representation of the Popdc-mediated pathway that regulates heart peacemaker activity (Schindler et al, 2012).

As we can observe in our tree of the month, these proteins are highly conserved in vertebrates. The first duplication of the genes seem to predate the common ancestor of all chordata, as it is shared at least by all vertebrates, urochordates (Ciona) and cephalochardates (Branchiostoma). The second duplication is specific to vertebrates, although the Ciona lineage has experimented an independent gene duplication. Many more stories await in the Danio rerio phylome (2) from Quest for Orthologs!