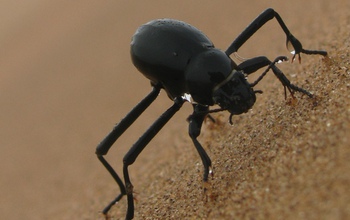 Across the south-west side of the african continent there is a vast extension of sand, dust and scorching heat known as the Namib Desert. Just like any other hot desert, the blazing sun erases anything above the sands, and anything that dare to stand it must face the sudden nocturnal cold of the wasteland. However, unlike most deserts, that are devoid of rain because of their distance to the sea, Namib has a vast coast that makes the whole landscape resemble a gigantic beach. Is in this exotic and dangerous environment that during the cold dawns one can observe a humble little insect stay almost upside down, quietly and patiently drinking the dross that condensates in its own black carapace. This insects, beetles of the family Tenebrionidae, are able to live with just that tiny water sip they get every morning thanks to their weird ritual to collect the sea breeze. 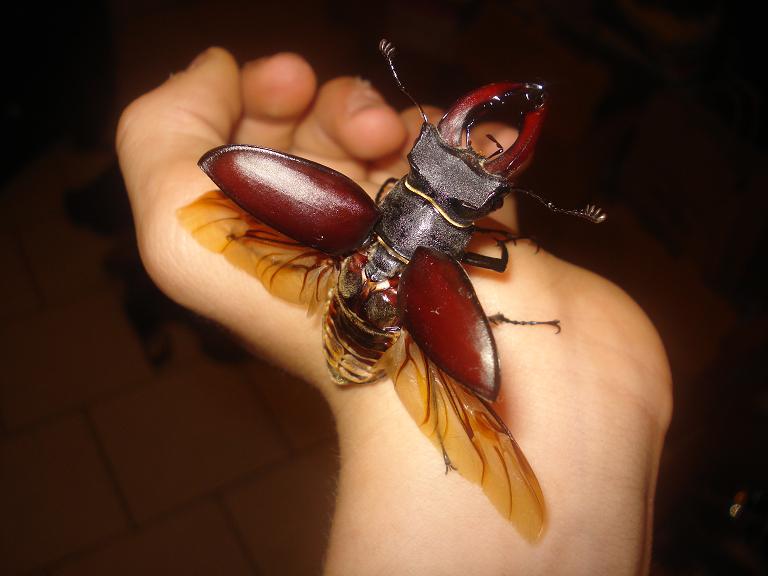 It is no coincidence that insects, and beetles in particular, are able to live in such harsh conditions. Unlike Diptera (flies and mosquitoes), Lepidoptera (butterflies) or Hemiptera (aphids, cicadas and other related insects), Coleoptera do not have specialized mouth pieces, and while some adaptations do exist within the order, most beetles are polyphagous and can subsist with a wide variety of food sources. Beetles are particularly though, in the mechanical sense, as they have converted their first pair of membranous wings into sturdy shields called elytra (Take a look to the majestic male Lucanus cervus at the left picture!). It is also no coincidence that many beetle species, especially those dwelling in arid conditions, have dark colours. Beetle carapaces are protected by pigments, including melanin, the same protective pigment our own bodies produce in response to solar radiation. Melanin is dark because it has a wide absorption spectra that includes harmful high-energy wavelengths like ultraviolet radiation. Not only that, when embedded within the molecules of chitin in the insect exoskeleton, melanin reinforces the structure and makes it water-proof. Thanks to these properties, the beetle can protects itself from the destructive sunrays while keeping the water loss low enough to be able to live with their daily dross dose. 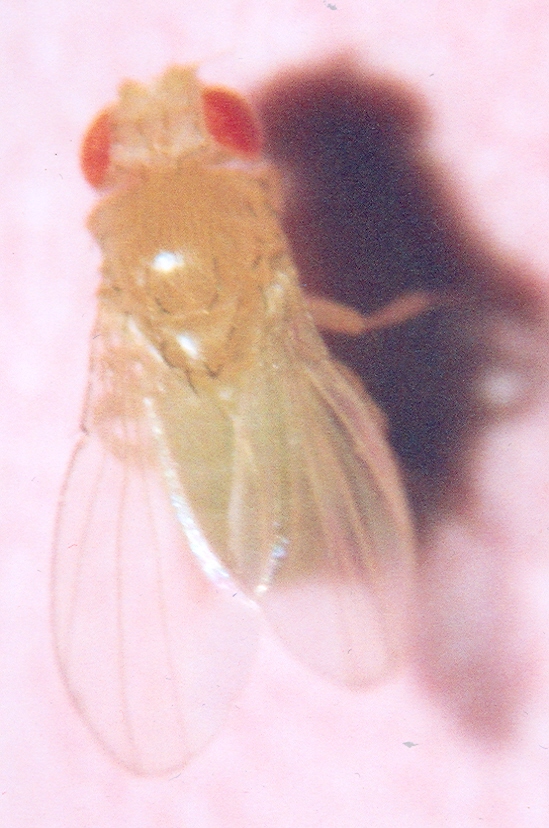 The yellow proteins are responsible of this magic mix of chitin and melanin through a process called sclerotization. yellow is a big family in insects, with 14 members described in Drosophila and many others in the rest of the studied species. Its name comes from the phenotype of the null mutant of one of these genes in Drosophila melanogaster which, without the ability to introduce melanin in its cuticle, loses its characteristic black abdomen (in fact melanogaster means “black-belly”) and it becomes of a uniform yellow shade not different from albino phenotypes in other species. The biochemical mechanism that mediates cuticle sclerotization is poorly understood, but we know that yellow proteins play many relevant physiological and ecological roles in different insect species, including protection against dehydration in Tribolium castaneum, larval color in Bombyx morii, sexual dimorphism in ants or caste determination in Apis mellifera as a main component of royal jelly. As we can see in our tree of the month, that uses the ortholog of yellow-y of Tribolium castaneum as seed, this family has experimented several independent expansions in different insect lineages, that without any doubt correspond to particularities in their biology such as the tough beetle carapace.

The rest of the pictures are of public domain