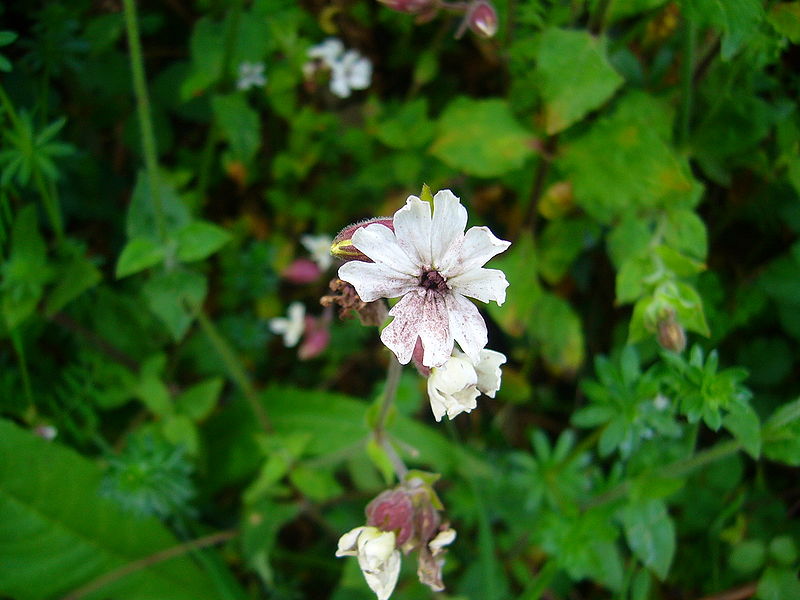 Fungi are responsible for a big percent of all plant diseases. These usually vary between necrotrophic infections, in which the pathogen causes great damage to the tissue in order to grow (i.e Fusarium, Colletotrichum, Botrytis); and biotrophic infections, in which the pathogen employs highly specialized strategies to exploit host resources without causing big damage (i. e Puccinia, Ustilago). In a cinematographic analogy, necrotrophs would be like the hyperviolent gang of “A clockwork orange”, while biotrophs would be more akin to the complex robbery of “Ocean’s eleven”. Necrotrophs rarely are difficult to grow in culture medium, as they usually are saprotrophs that have learnt one or two tricks to invade plant tissues. Biotrophs, however, can be very elusive, since their relationship with the plant is more subtle and specific. For this reason, very few of these criminal masterminds have been sequenced and study. Now, Microbotryum lychnidis-dioicae joins phylomeDB as a member of the select club of biotrophic fungal genomes.

M. lychnidis-dioicae is a basidiomycetous fungus vaguely related to Puccinia, another biotrophic pathogen. Its life cycle implies the infection of the flowers of Silene latifolia, a plant of the family Caryophyllaceae. Once inside, the fungus mates and then stealths into the host reproductive tissues. Finally, it replaces the anthers of the flower with its own spores, waiting for a lucky gust or a pollinizer to spread the infection to a new flower.

One of the most important gene expansions observed in Microbotryum lychnidis-dioicae is in the genes involved in lipid metabolism. Certain plant tissues are lipid-rich, and lipid-dependent signaling is known to be necessary for mating and, thus, for infection. Curiously, unlike most fungi, M. lychnidis-dioicae contain all the fatty acid synthase as a single polypeptide, instead of the usual two part macroprotein. The fungus presents a mating chromosome similar to the observed in other fungal species with an active sexual cycle, such as Neurospora tetrasperma. But the most interesting traits of this genome are certain families that are not expanded. M. lychnidis-dioicae has an unusually low number of defenses against reactive oxygen species. Since ROS production is one of the most important plant defense mechanism, this is a very unusual trait for a plant pathogen. Furthermore, analyses of the carbohydrate-binding proteins reveal a highly developed cell wall mechanism, which is coherent with the dynamic cellular rearrangements that the fungus experiments during its development; but a total absence of all the typical machinery for plant cell wall degradation. All of these suggest that M. lychnidis-dioicae is a highly trained criminal that infiltrates the plant tissues and remains undetected either by hiding itself or by somehow disconnecting the host security systems. Further analysis of its genome will help to unveil the sophisticated tricks of this master of treachery. You can browse this phylome and find out more information in the associated publication: http://www.ncbi.nlm.nih.gov/pubmed/26076695.