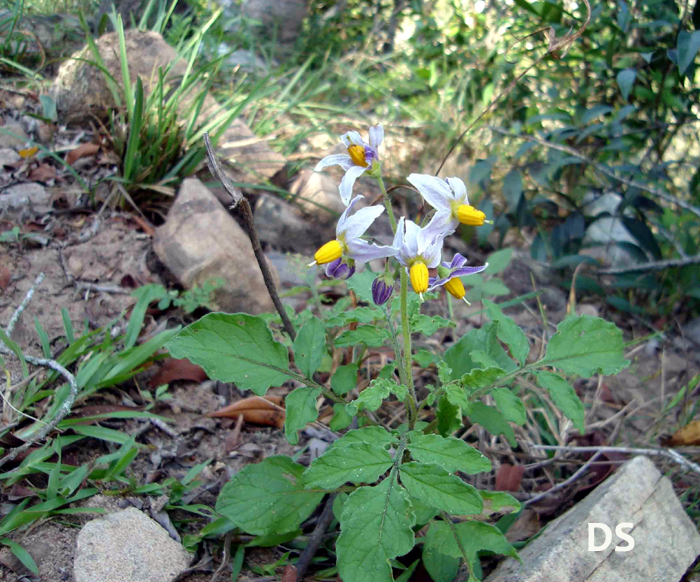 Potato (Solanum tuberosum), originary from the Andes region in South America, is the third most important food crop and the first non-cereal crop in the world. Furthermore, potato is a common ingredient in the gastronomy of many countries (i.e english fish and chips, french fries or the spanish omelette). Despite its relevance and its popularity it is very sensitive to environmental stresses, both physical and biological. These undesired weaknesses impose a great alimentary risk, a situation that has already happened in the past. In the middle of the XIXth century, a single potato pathogen destroyed virtually all the crops in Ireland, causing what is now remembered as the Great Famine. In a near future, the emergence of new pests, climate change or the soil loss have the potential to cause a similar disaster. In this context, Solanum commersonii, one of several wild potato species, appears as a ray of hope to prevent this potato-less dystopia.

S. commersonii is a tuber forming plant that diverged from the lineage of S. tuberosum only 2.3 million years ago. Compared with the common potato, it presents an increased resistance to cold, freezing and several important pests. Unfortunately, both species are sexually incompatible, thus preventing most selection strategies.

Solanum commersonii joins PhylomeDB as part of a collaboration aimed to identify the genomic basis of the many desirable resistances it bears. Comparing S. commersonii genome with the genome of the domestic potato reveals a striking loss of heterozygosity (1.5% versus 53% to 59% in the domestic potato). Functional annotation shows that roughly a 20% of the lncRNA in wild potato are putatively involved in cold tolerance. The genome encodes 126 coding genes related to cold resistance that are absent in the domestic potato. Evolutionary analyses reveals 3 gene duplication periods that have produce gene enrichment in several protein families involved in response to salt stress, water transport, growth, and defense response.

You can browse this phylome and find more information in the associated publication: http://www.plantcell.org/content/27/4/954.long